Projectors can be divided into the following categories according to different working principles.

The CRT projector decomposes the input signal source onto the phosphor screens of three CRT tubes, R (red), G (green), and B (blue). Under high voltage

the illuminating signal is amplified and concentrated, and the color image is displayed on the large screen. 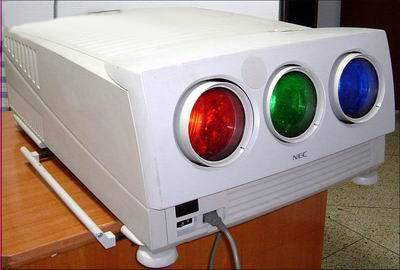 The LCD projector is passively illuminated for imaging, and its core component is an LCD liquid crystal panel.

Liquid crystal is a substance between liquid and solid. It does not emit light by itself. The working property is greatly affected by temperature. Its working temperature is -55 °C to +77 °C.

affecting the transmittance or reflectance of the liquid crystal cell, thereby affecting its optical properties, and producing images having different gray levels and colors.

According to the number of LCD panels, LCD projectors can also be divided into three-chip and single-chip microcomputers.

The DLP projector is an all-digital reflective projection technology.

Its characteristics:the first is the digital advantage. The adoption of digital technology increases the gray level of the image, the image noise disappears, the picture quality is stable, and the digital image is very accurate.

Second is the advantage of reflection. The application of the reflective DMD device greatly improves the total light efficiency of the imaging device, and the contrast brightness uniformity is excellent.

DLP projectors have high definition, uniform picture and sharp color. The three-chip machine can achieve high brightness and can be zoomed at will. It is very convenient to adjust.

This technology has been applied to display for a long time.Display and lighting areas. Its main body is an electroluminescent semiconductor material.

A forward voltage is applied across it. The current flows from the anode of the LED to the cathode.

The principle of LED illumination is different from traditional UHE and UHP bulbs. It does not generate a lot of heat during the illumination process, so the lifetime can reach more than 10,000 hours.

The Laser projectors use a laser beam to transmit the picture. 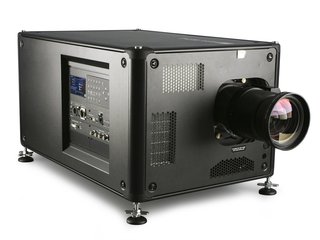